Looking at the date of my last blog post makes me sad. I can’t believe I just put down my pen and walked away for three long years.

I was hiking (by myself) last week, and realized that I had no idea where I was. I looked around, found the trail markers, and just kept putting one foot in front of the other until I got someplace familiar. I might not have known where I was, but I knew I wasn’t lost. That seemed like a very real description for my life right now.

Not long after that last blog post, I had a pretty significant injury that derailed running or even walking for a bit. Every time I thought I was better and ready to hit it again, that injury, or a related one hit me again. And, I’ll admit, it kind of sent me into a spiral. Couple no exercise with a busy (and sometimes stressful) life, and it’s not long before anxiety and depression come riding up on their infernal black clouds. And set up camp.

Needless to say, those black clouds brought on weight gain and lethargy, which made getting back to daily exercise seem like a hill I couldn’t climb. No movement and iffy nutrition led to thirty pounds and a Type 2 diabetic diagnosis.

2019 has been about taking back my life. Ten months in, but I finally feel like I’m making progress.I’m eating well, moving regularly, and taking care of my mental health again. Baby steps, but in the right direction. My A1C has dropped to a normal level, and my energy is back up and motivating me to move.

Regaining my mental health rests not just in the movement of my feet, but in picking that proverbial pen back up and writing again. I probably won’t be sharing this to my other social media feeds for a while, but I might after I’ve dusted off my computer and worked some of the soreness out of my writing muscles. We’ll see how it goes. This feels very raw to me, and not something I normally share, but it also feels necessary.

I don’t know where I’m headed, but I’m definitely on the right road. I hope running again lies in the not too distant future, but I’ll take walking and hiking right now. I just have to keep reminding myself that I am Here now and to be present in this moment. There’s a lot to be learned Here, and it’s time I started paying attention.

Gary and I decided at the last minute to spend Father’s Day in Natchez this weekend. Our A/C unit at home has gone out, and has to be replaced inside & out. And, the kicker is, they can’t get to it until next Wednesday or so. 😦 If you’re south of I-20, you know – it’s hot. Summer has arrived in all its glory. So, after spending a few hot days & nights at home, we decided we would come to Natchez and see how cold we could get our hotel room. Turns out, pretty cold. I think I brushed icicles out of my eyes when I woke up this morning.

I’ve written about Natchez often, as we come here once a month for business and it’s one of my favorite places to run. Usually, though, we come for one night, get up to run, have breakfast at the incomparable Natchez Coffee Company, and head out for a day’s work. This time we had a whole day to be lazy and explore.

We started with an early morning run. It was my first run with Gary since his injury, so even though it was a little tough for him, I smiled the entire time. Love running with my man. So thankful he’s able to get back to it. I’m humbled by God’s mercy.

It was hot and muggy, even at 5:45 am. We ran uptown to the Basilica first, passing a bar which was apparently just closing as its somewhat worse for drink patrons stumbled into the street. Note the time I said. Do bars really stay open all night? Do people really drink all night and into the morning? That’s a life choice that confuses and saddens me.

We got to the Basilica just as the bells chimed six o’clock. Is there anything more majestic than an early morning run to a beautiful, old church and hearing the church bells ring? After the six chimes, the bell was silent for a minute, then started ringing again. I counted 27 times. Not sure what that meant. I took it as a celebration of life and the ability to run on a hot, muggy June morning in Natchez, MS.

We rounded the church, then headed back to the river. West along the riverbank to one of my favorite running spots in the world, the Natchez City Cemetery. We got there and Gary decided to walk a little, I headed back to Jewish Hill so I could overlook the river for a moment, then to the back to the Bishop’s plot. Didn’t make it all the way back there, but wound back through and headed back to the river. I caught up with Gary and we finished strong overlooking the mighty Mississippi. A quick shower, then breakfast at Natchez Coffee Company where we had the luxury of lingering over our coffee, then a nice long nap in our igloo of a hotel room. Happy Father’s Day, indeed.

Feeling fat, sassy, and blessed this fine Sunday evening as I watch the sun go down over the river from the balcony of my room. Thankful for so many things, not the least of which is the man God chose to be the father of my children. Thankful that God gave me an earthly father who showed me what it was like to be loved by God. Miss him, but so thankful that he’s getting his heavenly reward for a job well done here. Thankful for my precious father-in-law, for the example he set for my man, and for the Godly walk he exhibits.

I’m even thankful for my slow pace of a run this morning. I could obsess about the fact that my pace has dropped a full minute (in the wrong direction) in the last few weeks. I could bemoan the fact that running is hurting a little more now than it did just a few short weeks ago. I could weep and wail and gnash my teeth because it seems like my running is always two steps forward and five steps back. I know lots of runners who do obsess about those things. Most of them have enviable race times, and I could be jealous of them. Ok, sometimes I am. But, mostly, I’m grateful for the ability to put my feet on the ground and run. I know lots of people who would gladly exchange places with me, who would take my abilities, as meager as they sometimes seem, and, well, run with them. This morning’s run reminded me that pace is always relative. What seems a slow pace this week may seem a completely unattainable pace after an injury. So, I’m thankful for what it was. And, for whatever it will be tomorrow. 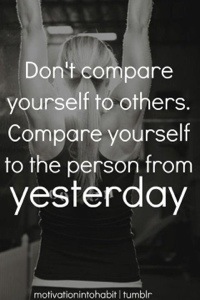 Now, I’m going to go find some sweatpants, socks and blankets, and head back into the Arctic.