My half marathon training started last week, and it went well, for the most part. It did involve a long run fail, but that was because I forgot that old broads should REST on their rest days, not dust, vacuum, move furniture, and mop. Lesson learned. Running trumps housework. And, I got the long run in a couple days later.

I learned long ago that training is more mental than physical, and attitude is everything. I felt tired and sore over the weekend, but mostly what I felt was thankfulness. Thankful that running is still a part of my life, thankful for the calm and clarity that comes from a soul cleansing run, even thankful for the achy muscles and joints that snap, crackle, and pop when I walk. I’m thankful for those wicked hills on my neighborhood run that my man swears will build my character. I’m thankful that I can wake up each morning, put my feet on the floor, gulp my coffee, and head out for an early prayer meeting on the running path. Little things. Things I hope I never take for granted.

In addition to being a runner, I’m also an avid reader. I love books. And, not just in one specific genre. My reading tastes vary from C.S. Lewis to J.K. Rowling, from Greg Iles to Truman Capote, from Randy Alcorn to Pat Conroy, and everything in between. Lately, I’ve been absorbed in biographies and autobiographies. Without doing too much self reflection, I think my new love of people’s life stories may boil down to the simple fact that I’m nosy. I like to see how the other half lives, whether it’s elite athletes, First Ladies (Eleanor Roosevelt is a recent fave), or people who have changed the world through their art, in business, or technology (currently listening to “Steve Jobs” and reading  “Too Brief a Treat, the Letters of Truman Capote”).

Two books I’ve read in the last couple of weeks bear mentioning. I love reading motivational stories of people who have overcome much to excel, whether in sport, business, or life in general. Sometimes, I read them, mostly on my e-reader, even though nothing compares to the feel and smell of a new book. Other times, I listen to the them while I pound the pavement. I’ve run many miles with the likes of Harry Potter, Jay Gatsby and Daisy Buchanan, and Elizabeth Bennet and Mr. Darcy to keep me company.

“The Secret Race, Inside the World of the Tour de France”, by Tyler Hamilton and Daniel Coyle (my review is here); and “Running for My Life,” by Lopez Lomong both absorbed me with their tales recently.  They are two wildly different books, one about professional cycling, the other about professional running; but both motivational in their own way. One is about athletes in a sport that became a “win at all costs” scenario, and the redemption of its heroes (and hopefully the sport itself); the other is the hauntingly beautiful story of a lost boy from Sudan who becomes an American citizen, who ran first for his life, then, later, for joy, just because he could. He realized that his gift was about something much bigger than himself or any sport. One reminds us of how badly things turn out when we allow the winning mentality to overtake our lives, the other is an uplifting reminder that we owe it all to God, and when we honor Him with our gifts, He blesses them exponentially.

I’ll be honest. “The Secret Race” pulled me in with its real life intrigue and gossipy secrets. Again, the nosiness in me rises to the surface. I was touched by the honesty with which Tyler Hamilton exposed his part in the drug scandal, and by the effect that it had on his life. I used to be an avid Tour watcher, and remembered the races as he described them, even recalling some of the more spectacular crashes. PED’s are not exclusive to professional cycling, and I think all athletes, even weekend warriors, could benefit from the lessons learned by Tyler Hamilton, et al.

“Running for My Life” was a horse of a completely different color. I purchased it, quite honestly, because it was a less expensive audiobook than many of the others I was looking at. Nosy and cheap. Not two of my finer qualities, I guess. Anyway, I’m looking for good audiobooks as my long runs start to increase, and this was one of the first ones I chose. And, wow, was it ever a good choice to kick off my training. It had me wanting to go out Saturday in the heat of the day and knock that long run on its knees. I didn’t, of course. Good sense prevailed.

I ended up listening to the entire book on Saturday, even after the long run fail. I simply couldn’t turn it off. It moved me to tears and made me reflect on how much we take for granted in our lives. The freedom to run, not out of fear for our lives, but out of joy and the love of running. The availability of good nutrition and clean drinking water, excellent health care, safe places to run, the ability to buy shoes to run in. It also reminded me of the responsibility that comes with that freedom.

One of the things I loved in Lopez Lomong’s book was when he shared his prayers at difficult stages of his journey.  So, I’m sharing mine as I enter this training phase:
Precious Father, thank You for allowing running to be a part of my life. For whatever length of time it is, and for each step, no matter how slow or painful, I am thankful. Thank You for reminders of your faithfulness in my life, for allowing me to be born in this country – with all its flaws, still the best place to live in the world. I ask your blessing on my body, my legs, and my lungs as I train, and I offer it all back to You, to be used for your glory in whatever way You see fit. May my attitude always be one of joy and gratitude.
Amen 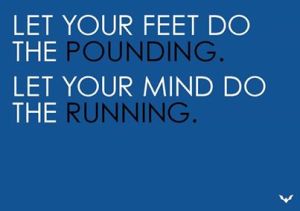